“His nickname was Mike-Mike and his favorite color was blue,” these where the words moving words shared by Michael Brown Sr., the father of Michael Brown Jr. shared at the national Movement for Black Lives Convening in Cleveland, Ohio.  Michael Brown Jr., an 18-year-old young man, was murdered on the 9th of August in 2014 in Ferguson, Missouri.  This blatant show of police brutality sparked social unrest and civil disobedience across the country and raised the under acknowledged realities of police brutality, anti-Black violence and state-sanctioned violence against Black communities to the national stage.

These young leaders arriving in Ferguson had the opportunity to attend a direct action training by the Ruckus Society.  This training layered onto their experiences as youth and community organizers offered the critical and unique set of skills of facilitation, curriculum development, multigenerational training, grounded in the theory and practice of civic disobedience and direct action.  These young leaders worked closely with the Organization for Black Struggle as well as, TribeX, and Lifted Voices, and supported various types of civil disobedience and direct actions during this period of massive disruption, giving birth to a growing national movement.  It is in this crucible of mass movement that the BlackOUT Collective was born. Since its inception, the BlackOUT collective has been driven by a  vision of liberation, and guided by the decree in the struggle for Black freedom and liberation, that, “Power concedes nothing without a demand. It never did and it never will.” – Frederick Douglass 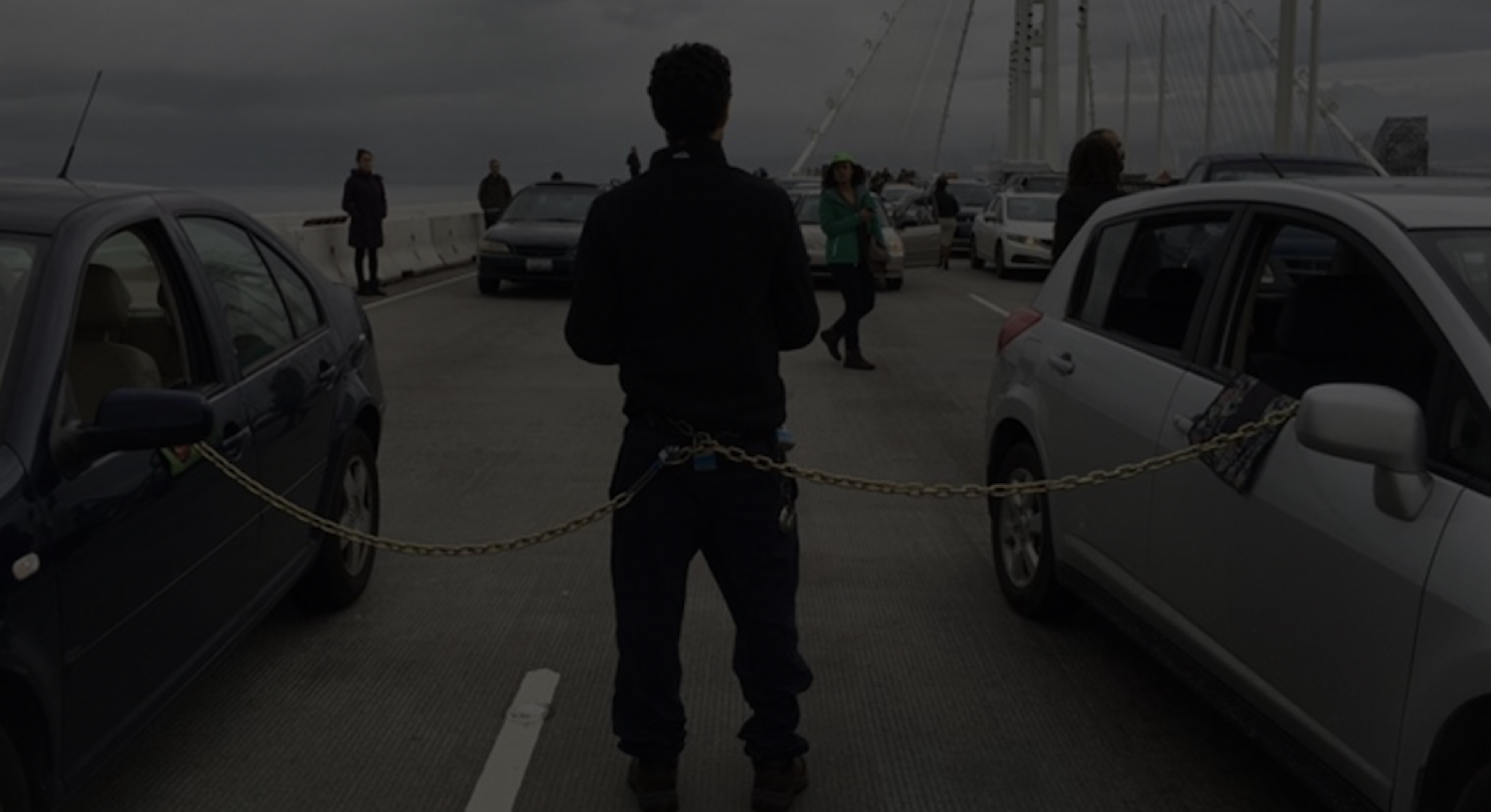